Video games are one of the most popular forms of entertainment in the United States. Behind the scenes, a lot of work goes into their creation, which translates into career opportunities throughout this thriving industry.

PricewaterhouseCoopers predicts this industry will be worth nearly $90 billion in the U.S. by 2020. With the video game market keeping pace with the growth of technology, the following areas in gaming are trending upward.

Many apps have been developed through Augmented Reality. AR transforms how we learn, make decisions, and interact with the actual physical world. Spending on this technology is expected to hit $60 billion by 2020, according to the Harvard Business Review.

Esports are rivaling actual physical sports, and many actually prefer video games over physical sports. Players enjoy competing in organized events and tournaments, and some participate in championship competition. This market continues to evolve in gaming.

Independent game developers have a strong stake in the gaming industry. They have launched some well-known games including Minecraft and World of Goo. Unlike Microsoft and EA Sports, they cost very little to develop.

Gamers view, move around, and interact with objects that are in video games thanks to this technology. Head-mounted displays and motion-sensing devices are among the most popular Virtual Reality accessories that are used in gaming. VR continues to be a mainstay in gaming, and Grand View Research predicts this market will reach approximately $45 billion by 2025. 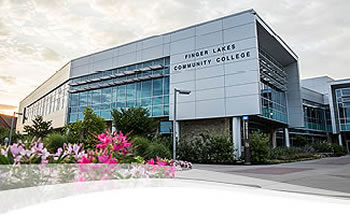 See the campus and envision yourself as an FLCC student! FLCC's Admissions Office offers a variety of visit and tour opportunities.